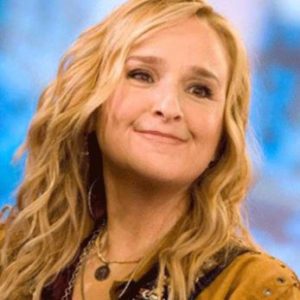 Melissa Etheridge is one of rock music’s great female icons and undeniably a favorite in beautiful Tahoe. Friday, April 19, 2019, 7:30 pm, this superstar performs live at the South Shore room Harrah’s Lake Tahoe. You can buy your tickets here at Ticketmaster.

She’s perhaps best known for her fourth album, Yes I Am, featuring the massive hits “I’m the Only One” and “Come to My Window,” a searing song of longing that brought her a second Grammy. The six times platinum album spent more than two and a half years on the album chart. Etheridge is also an Oscar winner and received a star on the Hollywood Walk of Fame. Through her own personal life struggles, she finds the energy and the drive to use her platform as an advocate on several controversial issues – the latest (that we know of) is legalizing pot and its’ medicinal benefits.

We just saw a great article in Rolling Stone magazine “Melissa Etheridge offers a proud declaration of resilience and self-care on “Faded by Design,” the first single from her upcoming LP, The Medicine Show. 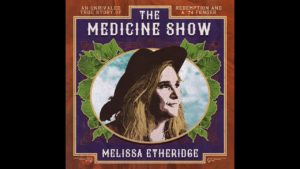 “You wanna change me, don’t bother, ’cause I can read the signs,” she sings over a tough-sounding chord progression. “Just rearrange me, don’t call the doctor — the cure is in my mind.”

Starting out with a folky acoustic-guitar riff, the song builds to an upbeat chorus, with Etheridge letting out a triumphant “Oh, yeah,” before singing, “I’m feeling all my angels — I’m faded by design.”

Like The Medicine Show as a whole, the song deals with Etheridge’s unapologetic attitude toward her own well-being, and specifically the use of cannabis — a stance that echoes her longtime advocacy for pot legalization.

“The inspiration for ‘Faded by Design’ and the whole album, for that matter, was, the events of 2018, both personal and political,” the singer-songwriter tells Rolling Stone in a statement. “We are changing, fast. It’s a good thing but also a scary thing. One of the places we are changing the most is in how we view health. The legalization of plant medicine is ushering in a whole new era of understanding.

“’Faded by Design’ is a song celebrating that change,” she continues. “An unapologetic statement about how I handle stress and my own health. ‘Don’t call the doctor …’ I am no longer looking to Western medicine for a pill or ‘cure.’ I know how I think and feel about myself and my world will be reflected in my body.”

“The sound of the song and the record is purposefully aimed at that ‘90’s rock sound,” Etheridge writes. “When rock was moody and fierce. ‘Faded’ is spot-on a Melissa Etheridge song. You know it from the first few notes. I wrote it on my twelve string and kept it true to that sound.”’

Look for us at this one, folks! Who doesn’t love Melissa Etheridge?

(As noted above, we have shared a portion of this article from Rolling Stone magazine.)

"Moving from New Jersey to South Lake Tahoe was challenging but with the expert help and patience of Tim and Christi Cain our experience was seamless and... continued"
- Carol Pierini
View All